We Stand with University workers striking over USS pension cuts 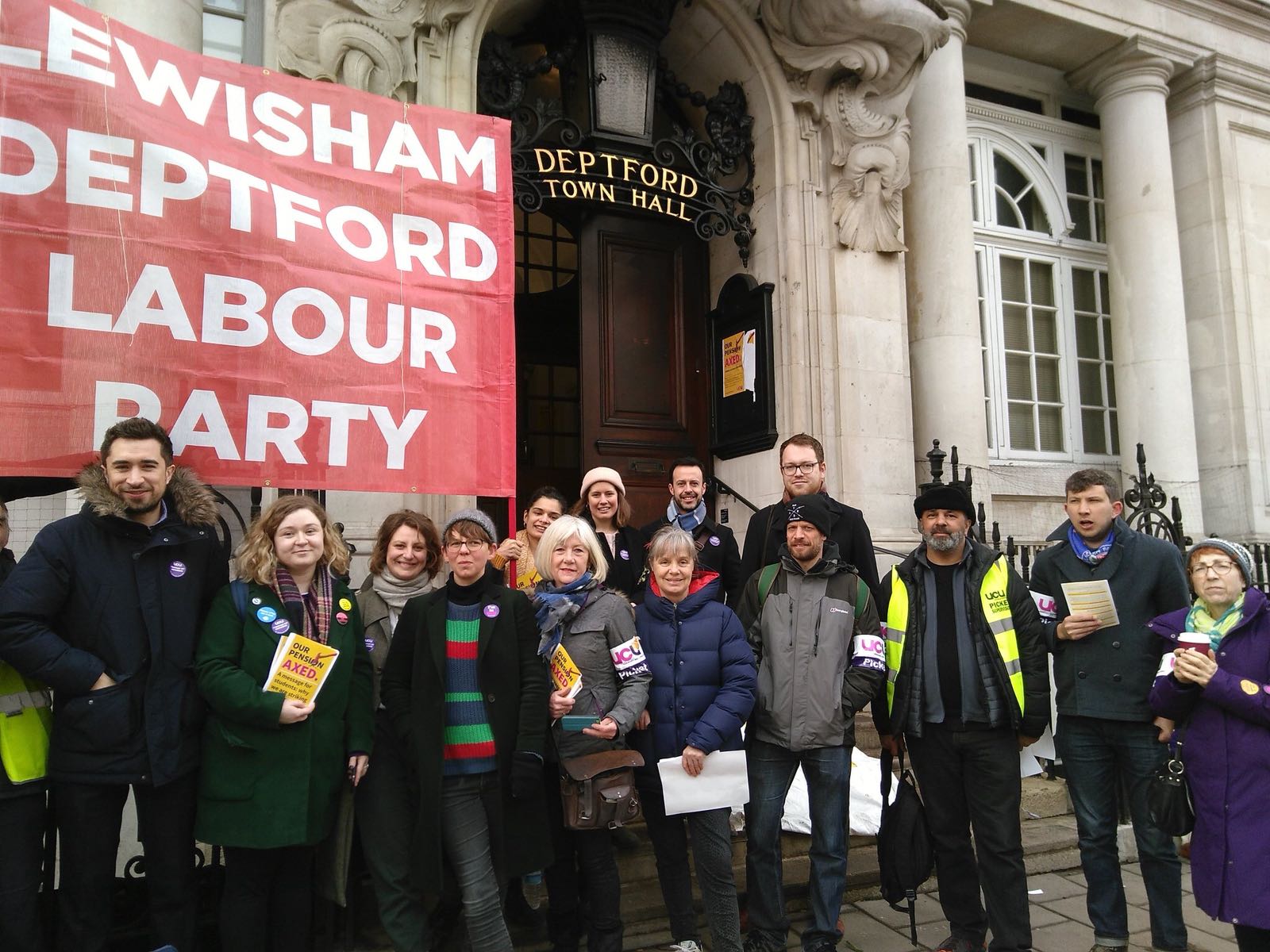 This morning I, alongside fellow Lewisham Labour members, councillors and candidates joined the workers and students of Goldsmiths University on the picket line in Deptford. We wanted to show our solidarity with their struggle and support their campaign.

The Universities and Colleges Union (UCU) are striking over damaging changes to the Universities Superannuation Scheme (USS). These changes would effectively destroy the pension scheme; they would abolish the guaranteed pension benefits, leaving university workers up to £10,000 a year worse off in retirement. The strike is now in its third week, and it is affecting 65 campuses across the country -; including Goldsmiths University.

Beyond the dispute over pensions, there are growing concerns about how our higher education system is run -; and who it is run for. Following the Tory/Lib Dem Coalition tripling tuition fees, students now leave university with an average debt of over £50,000, and -; perversely -; it’s the poorest students who are paying the most. Yet at the same time, we’ve seen growing insecurity for university staff and pay packets for Vice Chancellors at the top accelerating away. It’s just one example of how the Tories have rigged the system in the interests of the few.

Education is a human right. That’s why a Labour Government would scrap tuition fees, reintroduce maintenance grants, and transform the vocational system for those who choose not to go to university. We have a bold vision for a National Education Service, which would provide high quality education for all, free at the point of use. As part of the radical manifesto we are developing here in Lewisham along with our Labour members, we are looking at how we can improve education for our community -; from access to apprenticeships and university to lifelong learning.

So I was proud to join the workers and the students on the picket line this morning to show our solidarity. Donations are being accepted to the UCU strike fund -; if you are able to do so, please donate here. And you can share our message on social media.

Labour is much more than a political party -; we are a movement. We were created by the trade unions and other socialists to represent working people in parliament, and to ensure that our country is run for the many, not the few. The ongoing link between our party and the labour movement is a source of strength and it’s one we must build on in the future.

Labour’s candidate for Mayor of Lewisham