Lewisham Labour: Standing up for our NHS and social care 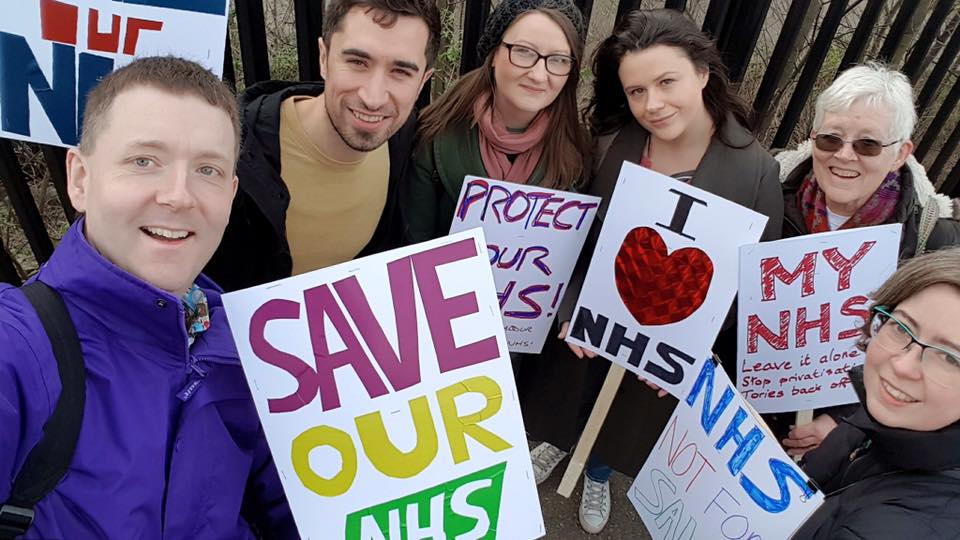 Seventy years ago, Attlee’s Labour Government created the NHS. Since then, no citizen of the UK has had to worry about not being able to afford the treatment that they need. To this day, it remains our greatest achievement. It stands as a demonstration of our solidarity, and as the embodiment of our shared values; that we are stronger when we stand together, and that as a society we have a duty to care for all.

But under the Tories, our NHS is on life support. Demand for NHS services is growing rapidly from our ageing population, and chronic underfunding of adult social care is adding to the pressure. Yet at the same time, the NHS has experienced the longest funding squeeze since it was created. As a result, we’ve seen the most acute winter crisis in a generation, and the worst A&E waiting times since records began.

Lewisham Labour has a proud record of standing up for our NHS. Not long after I first became a Councillor, the Tory and Lib Dem Coalition Government tried to downgrade our A&E. Labour-led Lewisham Council worked with the Save Lewisham Hospital Campaign to fight back. I have never been prouder of our community than the day we marched to save our hospital. Tens of thousands of people -; Labour members and community activists, nurses and doctors, and residents from across the borough -; stood together. We took Jeremy Hunt to the High Court -; and we won -; saving our hospital.

In recent months we have been working with over 500 local members to develop a radical manifesto to transform Lewisham for the many. We have set out a bold plan to tackle the Tory NHS and social care crisis. Over the next four years we will:

But we need your help in getting the message out there. So please share this blog on social media, and please join us at one of our upcoming campaigning sessions.

At this election, we get the opportunity to send a clear message to this Tory Government. That we value our NHS and that their austerity has failed. We must say that enough is enough -; we need to see investment in our NHS and social care.

Labour’s Candidate for Mayor of Lewisham